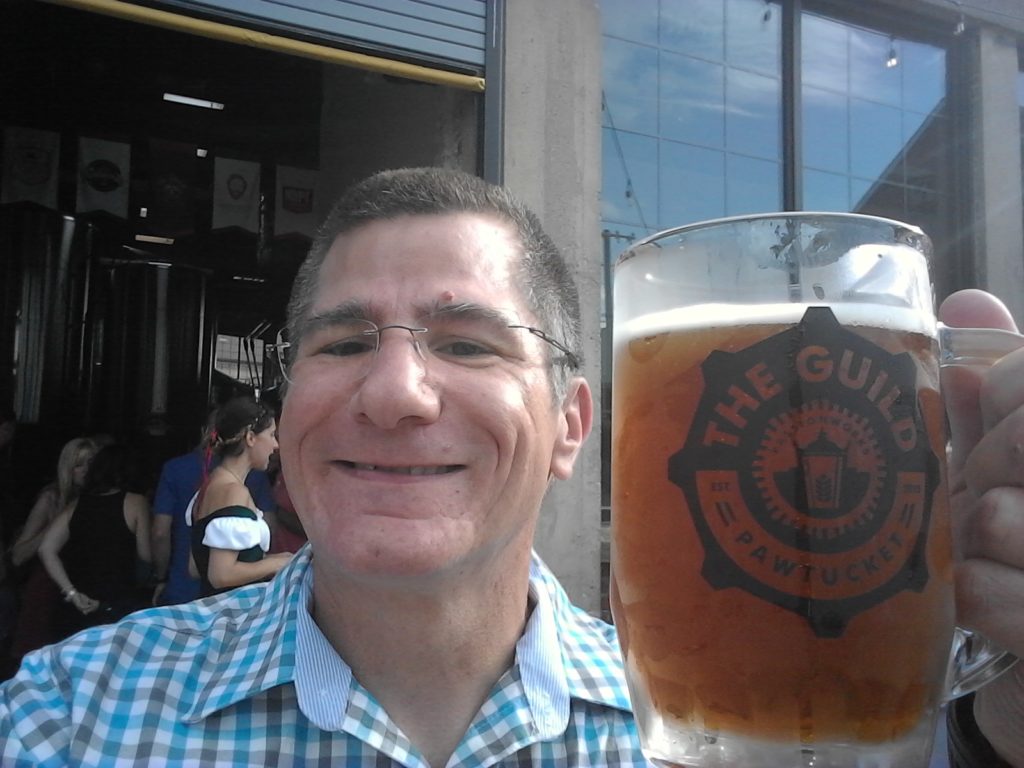 I grew up in Wrentham, MA and went to College at Umass Lowell.  I’ve always been looking for better beer choices, at one of the Lowell bars we’d frequent my friends would be downstairs drinking 99 cent Bud Light and I’d be upstairs drinking 1.25 Sam Adams bottles.  In 2001 I moved to PA for work and while browsing at a book store I found a homebrewing book by Michael Jackson.  I didn’t know where to find the supplies and I was traveling a lot for work, so brewing got put on the back burner.  In 2009 I met someone and got married.  I moved to Raleigh, NC.  In 2011 her dad gave me his old equipment and a book, The Complete Joy of Home Brewing by Charlie Papazian.  My first attempt was with a Mr. Beer kit, Englishman’s Nut Brown Ale.  It tasted like bad apple juice.  In 2013 I found a homebrew supply store in Raleigh and decided to try an extract recipe, Toad Spit Stout.  I made it inside on the stove and had my first boil over.  My wife got home around midnight took one smell, wondered what I had made for dinner and hoped she didn’t have to eat it.  It came out great and I was hooked.  I moved my brewing to the garage and the next year went all grain.  I moved back to MA in late 2015.  In April of 2017 I reached out to RIBS about attending their April meeting.  I signed up at that meeting.  I’ve been adding knowledge and equipment ever since.  I recently started kegging and just ordered an electric brew kettle.

I brew every couple of months.  My problem is if I brew a 5 gallon batch it tends to hang around for a while.  I started with stouts and brown ales, then shifted toward trying IPA’s.  I’m actually heading back to the darker beers.  I haven’t re-brewed a lot of recipes, so I don’t really have a favorite yet.  Here is the latest beer I brewed, which I plan on doing again: 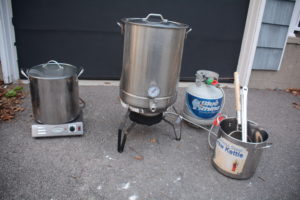